Join us on this incredible Eastern European Tour once you’ve finished your exams!

We will travel from the impressive Hungarian capital Budapest, through to the two incredible capitals along the river Danube: Bratislava and Vienna, the city that never sleeps in the Czech Republic, Prague, the alternative Berlin, and the cultural university city of Krakow, eventually finishing the trip back in Budapest...

▸ You can start or end your trip whenever you want. Don't hesitate to come to our office to get more information!

▸ You can reserve your spot with an initial payment of 200€.

Cheap flights to Budapest often available with the following airlines:

(You will be able to book your extras once you have booked your trip, through an App which we will give you access to).

Each optional activity requires a minimum of 30 participants.

ITINERARY: (The schedule is subject to alterations due to logistic reasons)

After spending Christmas with your loved ones, fly to Budapest and join us on our tour around Europe. On this first day we will all get to know each other and depending on your arrival time in Budapest, you can take a walk to get to know the city with the rest of the group. Don’t worry if you have a last minute flight as we will be returning to the city at the end of our tour.

Since ’89 Hungary and its capital have been known for impressive development and every year they receive more and more tourists, youngsters above all, attracted by the festivals held here and a nightlife provided by the Ruin Bars.

Are you cold-blooded? Then don’t forget your swimsuit and enjoy the best thermal baths in Europe, either Szechenyi or Gellert 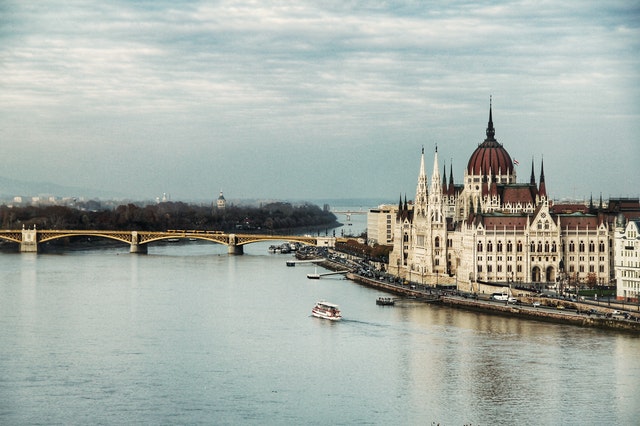 After getting to know each other the day before, we set off to visit our second destination of this Eastern Europe tour: Vienna!

We will check-in at our accommodation and then we will go out to explore this fantastic city that will leave you enchanted as Vienna has so much to offer. You will visit the Belvedere Palace (where you can admire Klimt’s “The Kiss”), see the Tree of Hearts at Maria-Theresien-Platz … and feel like Princess Sissi in the Schonbrunn Gardens. You can take in its majestic buildings such as the opera house, the Parliament and many others that will leave you in awe. 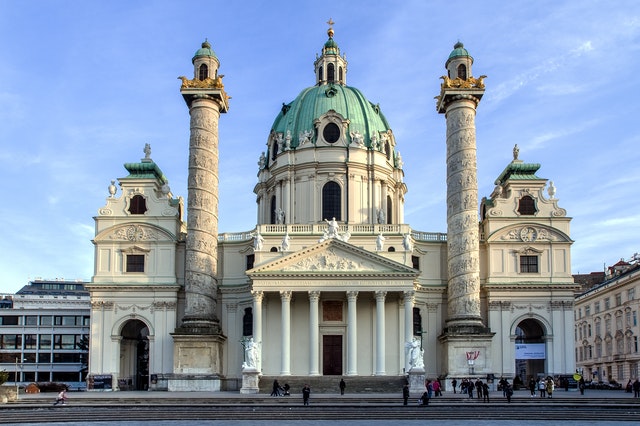 Today on this Eastern Europe tour we will need to get up early in order to make the most out of our stay in the spectacular city of Vienna.

You will have the opportunity to do an optional bus tour of Vienna or walk around the centre instead.

On the bus you will visit all of the main landmarks in Vienna, from the Prater and the Weiner Riesenrad (Ferris Wheel), to the Danube, and then tour the Ringstrasse, admiring its beautiful 19th century monuments.

Get to know the Russian military and the Belvedere Palace (museum of Klimt)… and go to the Schonbrunner Gardens if you want to get a glimpse into the life of Princess Sissi. 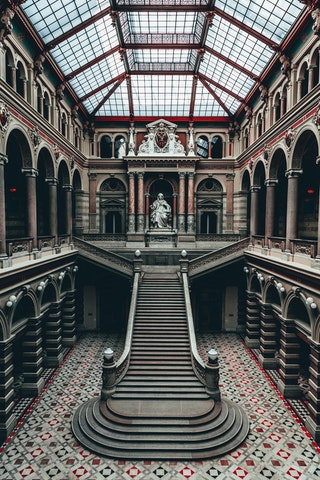 Another day, another country, another language, another currency. Thanks to the fact we are travelling via bus and not in a plane, you will have a chance to explore the Florence of the Bohemian region, Cesky Krumlov, an astonishing village in the south of Czech Republic.

From here, we will head even more north, until we reach the golden city of Prague, which will enchant you with its elegant old town and impressive castle.

Before enjoying the crazy New Year’s celebrations, make sure you put on some warm clothes and enjoy walking around the old town. We will take you through Wenceslas Square, universally known for being the scene of the “Prague Spring” and then discover the most famous astronomical clock in the world. We will then cross the Vltava River by the bridge of San Carlos and also go to one the 30 famous Baroque sculptures. We will finally arrive at the feet of the world’s largest castle, which looks like something that belongs to the world of literature: Kafka.

Are you getting tired? You still need to go and discover the new city, which is also of medieval origin, and, of course, the old Jewish quarter.

Make sure you aren’t too tired because we still have to eat dinner and the New Year´s celebrations will start soon! Prague is a very popular destination for celebrating the New Year because of the charm of the city and the very cheap beer! 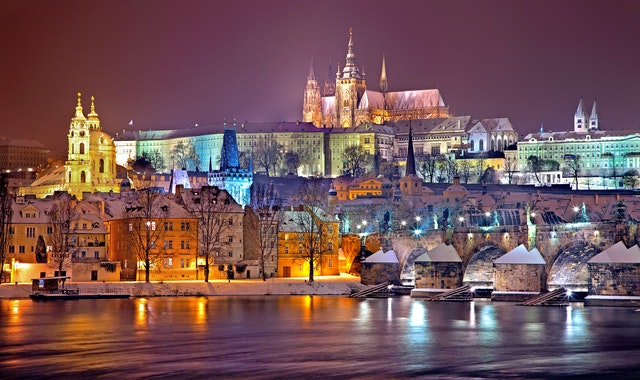 After a crazy party last night, you will have 2 options of how you can spend your first day of 2022! You can either stay in Prague and rest or you can come with us to get to know one of the hidden gems of the Czech Republic: Kutna Hora. This city is a World Heritage Site, due to its old town and the strange church, made of bones, that is located here.

Would you prefer to sleep all day? DON´T DO IT! There is too much to do and see in Prague. Visit the famous castle, visit the Golden road where Kafka used to live and make sure you take some time to admire all of the incredible buildings such as the dancing house.

After giving it our all in Prague, we will continue our Eastern Europe tour. We’ll go even further north and temperatures will drop even further! Germany and its capital, Berlin, awaits us.

Berlin, after being almost completely destroyed throughout World War II, has had to reinvent itself and achieved it mostly from the year ’89, following the fall of the Berlin Wall and the unification of the West and East side of the city. Since then, because of the low living costs, it has attracted urban artists from all over Europe, and that’s why today Berlin is home to some of the best graffiti on the continent.

Weather and schedules permitting, on the way to Berlin we will make a stop in Dresden, known as “Florence of the River Elbe”. There we can try a delicious German “wurst” and also appreciate the Baroque architecture of this city.

“Ich bin ein Berliner”, which means “I am a Berliner”, is what JFK said in ’63 to show support to the people who were separated from their families due to the construction of Berlin wall. Today, it’s time for you to repeat the phrase and spend a day as a Berliner.

Today on this Eastern Europe tour, you can choose whether to spend a day with us to know every last detail behind the buildings of Berlin, especially the famous Reichstag, the German Parliament, next to it you will see the icon of Berlin the Brandenberg Gate, and the famous Holocaust memorial.

From there we will continue onwards to Checkpoint Charlie, taking in a portion of the old Berlin Wall destroyed in ’89, undoubtedly the most important political event in Germany in the last 50 years. If time permits we will visit the famous Alexanderplatz, where you can climb the other symbol of the Berlin skyline, the telecommunications Tower of Berlin.

Today is a travel day and we will cross the snowy plains of Europe in order to arrive at our next location, which was the setting for many battles and bombings during WW2: Poland. Almost every city in this country has been completely destroyed, and therefore very few have an old town that is still in one piece. From here we will continue traveling to the south of Poland where we will come across the cultural and tourist capital, Krakow.

Today we propose getting up early for an optional activity, an essential trip if we are doing the World War II tour.

On the side of Krakow, an hour and a bit away, you can find the only concentration camp that was saved from the self-destruction of the Germans, who tried to erase the evidence of the existence of these camps.

Auschwitz is a place for remembrance and reflection, in which a guide will teach us about the cruel nature of the Nazi regime and the mental, physical and moral destruction that the jews had to endure. (This tour is usually done in English).

For those who would prefer to stay in Krakow, below there is useful information about the city.

Krakow is the cultural reference of Poland due to its history: here you can enjoy different areas developed in different eras that have not suffered significant destructions throughout the Second World War. The historic center of medieval origin is perfectly preserved and it is possible to walk along the royal road that goes from the North to the South of the city, starting with the Barbican, passing the market square, the largest and most beautiful in the city where the Cathedral of Santa Maria stands out and top it off with the mythical Wawel Castle overlooking the Vistula River.

The Jewish quarter, the most active and characteristic district of the city, was developed in the 19th century. This neighborhood became a ghetto under Nazi rule and is where the famous Schindler operated, a German who saved thousands of Jews by lying to the German authorities and whose story was later brought to the cinema by director Steven Spielberg.

Also, Krakow has a neighborhood of communist architecture, known to urban planners around the world as Nowa Huta, it is a highly developed industrial area.

Today on this Eastern Europe tour we will start heading towards the impressive Tatras mountains that mark the end of Poland and the beginning of Slovakia. The route along the national road is particularly pleasant for nature lovers.

In Slovakia we will stop in a small town called Oravsky Podzamok, where, erected on top of a rock, is one of the most beautiful castles in Europe: the Castle of Orava (entrance optional), where they filmed the first Dracula film, “Nosferatu” (1922)

After this visit, we will continue our tour in the direction of Hungary, where we will visit the last city of our extensive list – Budapest.

We will start today on this Eastern Europe tour by visiting as much of this beautiful city as possible. Clearly, it will be a challenge to explore the most characteristic places, Budapest is very big!

Don’t miss the opportunity to enter the Basilica of St. Stephen, where St. Stephen’s right hand is located. We should also take a moment to appreciate the Parliament which overlooks the Danube, where we will also observe a few minutes of silence in front of the Monument of Shoes, which is dedicated to all Jews who lost their lives under Nazi occupation.

Finally, we will cross the Chain Bridge to reach Budapest Palace and the Fisherman’s Bastion from which you’ll have one of the best views of Pest. Near the Bastion is the famous Church of Matías, with stained glass windows and frescoes of the nineteenth century.

If you still have energy, in the evening you can go to the Ruin Bars or the various thermal baths that are all over the city.

14' Day - Bye Bye Budapest
All good things come to an end… and after this exciting Eastern Europe tour, it’s time to say goodbye. We hope to see you soon on another Euro-Adventure! 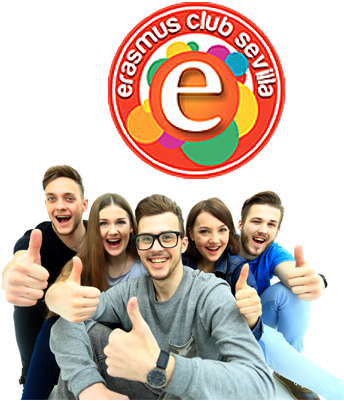 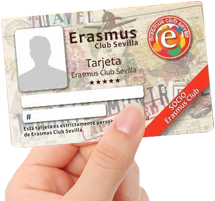